I was born in the 60’s. My mother was a young 18-year-old “Pakeha” Scottish/British descendant. My Father, about the same age, is Maori with perhaps some mixed blood.

Back in the day, young Caucasian women who fell pregnant out-of-wedlock were actively encouraged by their families to abort or abandon their offspring. The quicker the better and young women would be herded out-of-town to visit a “Sick Aunt” before anyone in town noticed their predicament. So much for Free Love.

The “Sick Aunt” was in fact a home for unwed pregnant women. Here they would wait out the pregnancy, returning to their homes and families a short time after giving birth. Contact between the young mothers and their babies was not allowed post delivery. Bonding and the associated synaptic connections are not afforded these children.

I don’t think the family pressure was solely because of the mixed race elements however, these were the days of Maori oppression. The indigenous kids would be whacked across the knuckles with a ruler by the teacher if they spoke their native tongue at school and interracial relationships definitely frowned upon. I think that my adoption reflected the families community standing and the customs of that era.

So here I am. An order of Adoption was issued 9 months later and my name changed to Kristin Henzler.

My parents adopted me after a number of years of failed pregnancy attempts. They had their first child, a girl, and desperately wanted more or at least one more child to feel they have completed their family.

We left New Zealand when I was 3, living in Fiji, Samoa and Santo- New Hebrides (Vanuatu). Dad worked for BP.  5 years after my adoption when we were living in Fiji, “surprise!” another girl was born. Our family consisted of Mum, Dad and  3 girls. I had a great lifestyle living in the islands. I was speaking the local language within months of arriving in a new country. In Fiji and Samoa I attended a local primary school. In Santo I attended a French-speaking primary school. What’s that saying about all good things? Mum and Dad separated and Mum took us kids back to New Zealand. Culture shock for a feral kid who no longer was free to roam around from sun up to sun down with little more than a pair of knickers on. I didn’t really care that I now had to wear clothes because it was f*ck*ng cold in New Zealand but the woollen jumpers I had to wear made me itch like crazy. 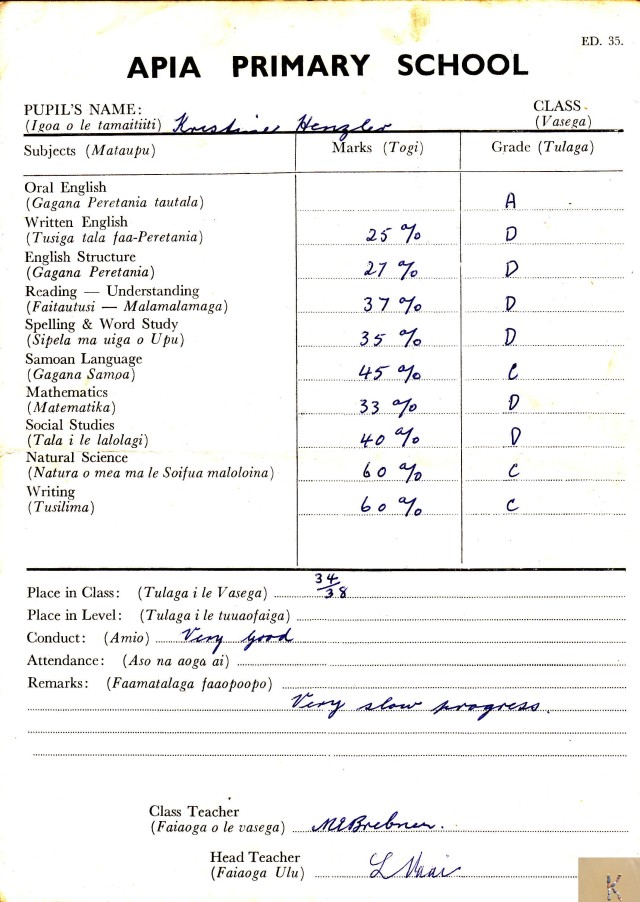 These years are better kept in the hazy recesses of my mind. As a Daughter… I’m your worst nightmare. I will drag you through anguish, torment and frustration. You will not sleep. You will have an intimate relationship with the local police. Your phone number will most likely be on their frequent caller list. Your daughters charge sheet will be longer than your family tree.  I came to Australia in 1981. A couple of years after I finished high school I decided life was crappy, enrolled myself into a 2 year business course, got a decent job and tried my best to behave. 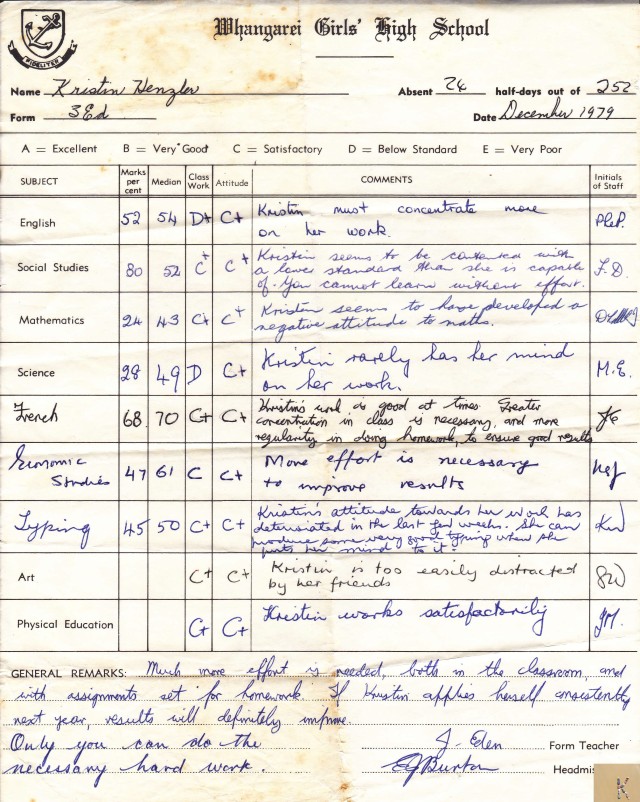 I married, changing my last name to Jones and applied for Australian Citizenship. We have 2 girls and a boy. 3 under 5 years. We lived the family life in the burbs. I was busy raising 3 children and holding down a part-time job. He was out doing as many hours as possible to secure our future.  Life was great but it had its struggles. Not long after the birth of my second child I decided I was ready to search for my parents. I was 3 when I was told I was adopted. Mum tells the story of a pregnant visitor sparking my curiosity prompting the inevitable question “was I in your tummy mummy?” I don’t actually remember this. I just know I’ve always known I am adopted.

It took me about 6 weeks to find and correspond with my natural mother through Jigsaw. We have met and I also have met her son/my half-brother.  My natural mother and I continue a long distance relationship however she remains in a strained relationship with her family. I have not met people from her side.

My father married. His wife and children are not aware of my existence. I have not met my father. No contact other than through a 3rd party letting him know I was available to contact if he wishes but I am unsure if he ever got the message. I do have my great grandfathers service records. He was in the 2nd Maori contingent marching into Narrow Neck Camp on the 29th of June, 1915.

Māori troops were initially commissioned as non-combatants on garrison duty in Malta, but in July 1915 they were re-consigned in to Gallipoli after being trained at the Narrow Neck Military Camp in Devonport.The Māori Contingent served in the Sari Bair offensive and the battles for Chunuk Bair and Hill 60. After the Māori Contingent was replenished by the 2nd and 3rd Māori Reinforcements, Godley reorganised the entire New Zealand Expeditionary Force. In February 1916 he merged the Māori Contingent with the Otago Mounted Rifles to form the New Zealand Pioneer Battalion. Each of the four companies in the Battalion consisted of two Māori and two Pākehā platoons. The New Zealand (Māori) Pioneer Battalion was the only division of the New Zealand Expeditionary Force to return home as a complete unit (ref Auckland City Government) I wonder if Private Thomas Campbell is in any of these old pictures I found.

The father of my children worked away and we grew apart. There was no big nasty break up or explosive dramas. We simply lost each other along the way and I find myself a young single parent of 3 adolescent children. And here comes Karma to b*tch slap me for the way I behaved as a teenager. I’m single and dealing with TWO teenage girls and a teenage boy. The kids father was/is very active in their lives. He’s a great dad and I respect him enormously. We did have an every other weekend thing going on when he would take the kids but this did depend on his work commitments. I spent the next 6 years, single, and trying to keep my kids alive and out of harms way. During this time I worked part-time and I went back to school, completing a computer course then 2 years obtaining manual and computerised bookkeeping certificates. I then completed 2 years of study receiving a diploma of Business and a diploma of Justice. I really thrived on the Law studies achieving distinctions in all of the qualifying subjects. Who would have thought? Because I was crap at school. Hated it even. Could not spell to save myself (still have trouble spelling).  I had never seen a fraction until I  had to sit the entry exam for the first computer course I did at TAFE. The fraction thing I put down to bad luck really. Moving between countries and education systems I must have just missed that bit. Looking back at some of my school reports perhaps attention on my behalf was also required.

I decided working within the justice system regardless of which side or who you represent was not for me. I didn’t need the agro that comes with it in my life.  I completed a few more short courses to obtain my real estate licences and now work for myself as a property manager. I hold a Real-Estate sales licence but early on found the business dirty and distance myself from the little grubs who call themselves professional. If I understood how dirty real-estate is, I would have gone into Law and been paid a sh*t load more to be wallowing around in the same environment. Now, before the hate mail starts pouring in from offended Lawyers and Real-Estate Agents,… of course there are good people in every occupation but you can’t ignore the facts. And, the facts are Lawyers and Real-Estate agents have a bad reputation for a reason. I actually have a great Lawyer Andrew Burrows. Look him up in Brisbane if you need a Lawyer.

I met my current partner through, get this, an online hook up site. haha I know right, who admits to that! My profile read something like “looking for casual fun, no Klingons” His read “no ties”. We have been living in a casual, no ties yet exclusive relationship for 8 years.

I was given a camera for a birthday in my early teens. I took to it and really was interested but getting the money to develop the photos or accessing the knowledge and equipment to process my own photo’s was beyond my reach.  I keenly took up photography in 2013 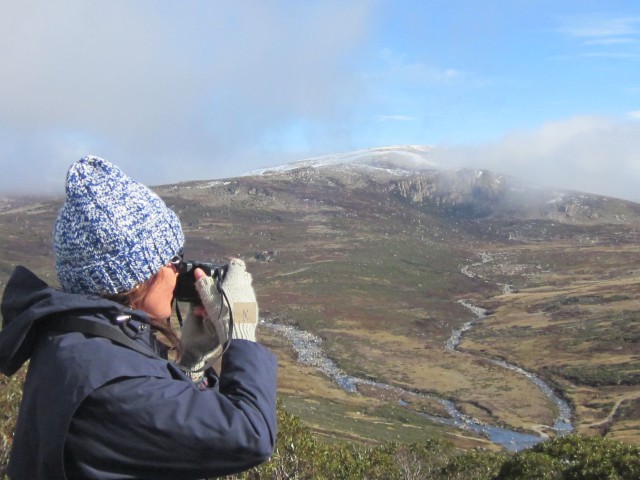 During a holiday to New Zealand late 2015 I met my natural father. This unexpected turn of events started here.

I am everything that you have read, every experience lived through in this life and perhaps others, mixed in with genetics and spirit.

I had a thought at a young age that if the family were in a sinking boat and only 2 children could be saved, who would the parents save when faced with such a grizzly choice? Without judgement, after all this is an innocent child s reasoning, I faced the fact that human nature would determine  my sisters would be saved and I would save myself. I don’t know, perhaps natural-born children also ponder this idea but I have since been fiercely independent and find it hard to accept help.

I have many acquaintances and a small circle of close friends. Moving around as a child I didn’t sustain any long-term friendships. I was in my 20’s living in Australia before I met and connected with my best friend.