The fifth stop was going to take 3 days to reach. From Longreach there was a hop to Charters Towers, a skip to Innot Hot Springs and a jump to Atherton.

We cleaned up the rig in Charters Towers with the help of the caravan park’s chickens who were obviously well practised at finding the spoils off travellers vehicles.

Early start heading north, leaving via the Gregory Highway 63 then onto the Kennedy Developmental Road 62 and meeting up with the National Highway 1 (Kennedy Highway), we stopped at Innot Hot Springs the night. 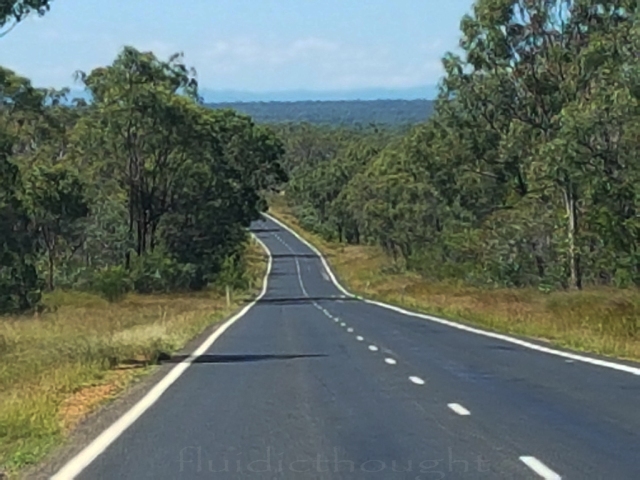 Along the route we marked on our map, Mt Surprise and surrounding national parks, To Explore. The Undara Lava Tubes will be a definite place to visit and I think we could spend quite a few weeks exploring this region.

Our stay at Innot Hot Springs could not have been timed better. Soaking in the hot spring water was simply delicious. The park has developed 6 pools of varying temperatures. If you’re staying in the park the pools are open 24/7. 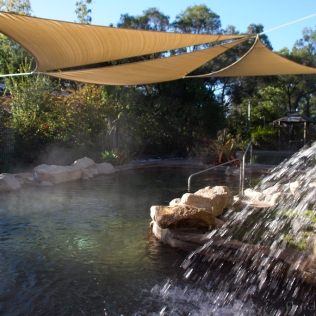 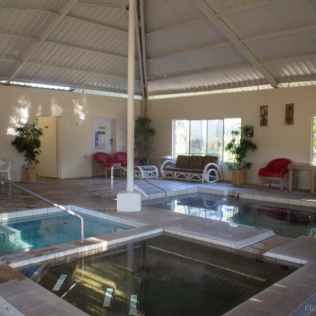 The indoor plunge pool at the bottom of the photograph above was damn near boiling. I put my foot in it and removed it quickly. The pool at the top right of the frame was bearable but only for 10 or 15 minutes.  Below is my favourite pool. Not too hot, not too cold. Added bonus, getting a shot of our rig in the background. As you can see we didn’t have far to walk.

You know, I think the Romans might have been on to something. There is something quite intimate in sharing a hot bath with strangers and another place where time is lost in conversation and friendships forged.

Nettle Creek runs beside the campgrounds and from where the underground hot spring water is harnessed for the park’s pools. There are 3 hot mineral springs in the creek. The temperature of the springs is between 165-185 °F. (Ref Wikipedia)

I didn’t want to leave the next day. I could have spent a week based here exploring the surrounds.  Noting this place on our map with a tick we drove off early the next morning arriving at Yungaburra just east of Atherton, late afternoon. 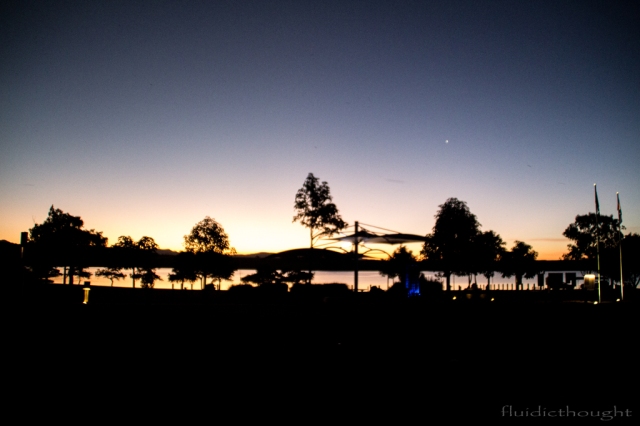 We set up camp staying at the Lakeside Motor Inn & Caravan Park for the next 3 nights, spending our days doing not much of anything. The park is situated on the banks of the Tinnaro Falls Dam and popular with water skiers and canoeists.

The Atherton Tableland is a fertile plateau which is part of the Great Dividing Range. The Atherton Tablelands covers an area of 64,768 square kilometres. In the early days tin and timber attracted people to the area. Nowadays crops grown in and around Atherton include banana, sugarcane, corn/maize, avocados, strawberries, macadamia nuts and mangoes, citrus and tobacco. Dairying, grazing and poultry are also present on the Tableland. (Ref Wikipedia)

Ahh some nice grass to roll around in.

I don’t know who this guy belonged to but he sure was having a great time.

The last evening was spent playing with my camera and packing up. The next stop would take us 2 days to reach. More to come.