Glass House Mountains were named by Captain Cook on the 17 May 1770, as he sailed up the east coast of Australia in his Endeavour, approximately 64 kilometres north of Brisbane.  ‘These hills lie but a little way inland, and not far from each other: they are remarkable for the singular form of their elevation, which very much resembles a glass house, and for this reason I called them the Glass Houses.’

These pictures were taken looking from Endeavour Esplanade, Scarborough across Deception Bay. 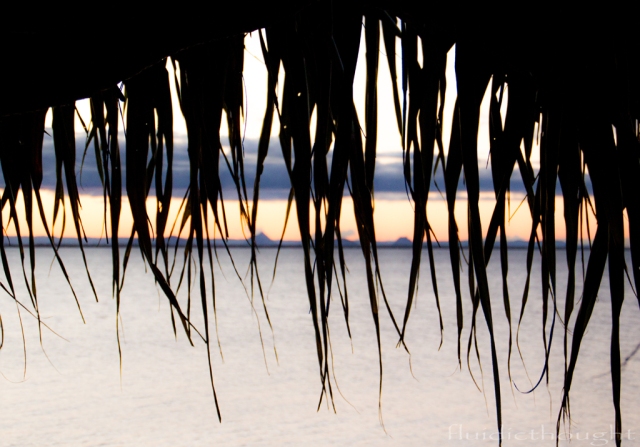 There are at least a dozen plugs, the remains of volcanoes that pushed their way up through thick almost-horizontal layers of sandstone.

These pictures were taken from Maleny 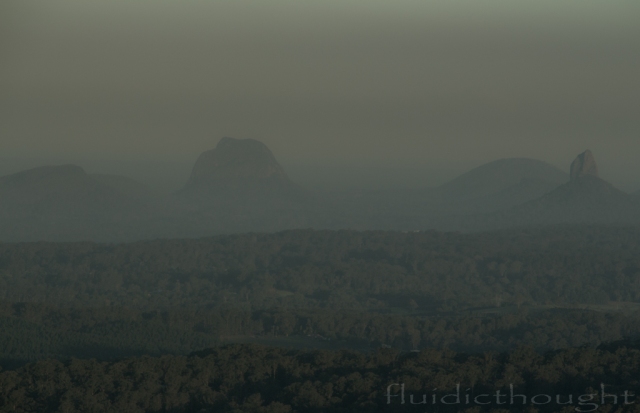 The countryside around the Glass House Mountains is made of sandstone, geologically called the Landsborough Sandstone. The Landsborough Sandstone is part of an interconnected series of sedimentary basins called the Great Australian Basin, which extends from the east coast of Australia for thousands of kilometres south and west into New South Wales, west into South Australia and the Northern Territory and north to Cape York in northern Queensland.

These pictures were taken from Banksia Beach, Bribie Island across the Pumicestone Passage. 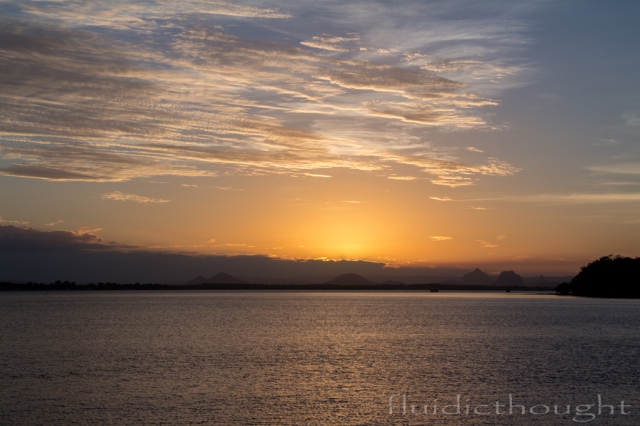 9 Responses to The Glasshouse Mountains